Give my son Solomon the wholehearted devotion to keep your commands, statutes and decrees. 1 Chronicles 29:19

Country artist Chris Stapleton’s deeply personal song, “Daddy Doesn’t Pray Anymore,” was inspired by his own father’s prayers for him. The poignant lyrics reveal the reason his father’s prayers ended: not disillusionment or weariness, but his own death. Stapleton imagines that now, instead of speaking with Jesus in prayer, his dad is walking and talking face-to-face with Jesus.

Stapleton’s recollection of his father’s prayers for him brings to mind a biblical father’s prayer for his son. As King David’s life ebbed away, he made preparations for his son Solomon to take over as the next king of Israel.

After assembling the nation together to anoint Solomon, David led the people in prayer, as he’d done many times before. As David recounted God’s faithfulness to Israel, he prayed for the people to remain loyal to Him. Then he included a personal prayer specifically for his son, asking God to “give my son Solomon the wholehearted devotion to keep your commands, statutes and decrees” (1 Chronicles 29:19).

We too have the remarkable privilege to faithfully pray for the people God has placed in our lives. Our example of faithfulness can make an indelible impact that will remain even after we’re gone. Just as God continued to work out the answers to David’s prayers for Solomon and Israel after he was gone, so too the impact of our prayers outlives us.

Heavenly Father, I bring my loved ones before You and ask that You would work out Your plans in their lives 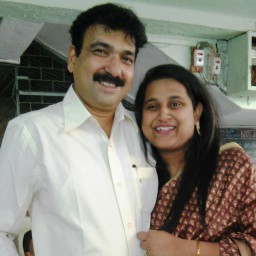